The PICT co-sponsored panel, “Critical Conversations on the Neurosciences,” took place at the Fondation Maison des Sciences de l’Homme (FMSH) on Monday, March 15, 2019. The event was organized by Alexander I. Stingl (FMSH) and jointly sponsored by PICT, the Collège d’Études Mondiales / FMSH, and the Independent Social Research Foundation (ISRF). Over the course of three hours, four panelists led by keynote speaker Victoria Pitts-Taylor (Wesleyan University) discussed the controversial role of the neurosciences in contemporary research and in the public imagination.

After introductory remarks by Evrim Emir-Sayers (PICT), Thomas Huet (CEM), and Alexander I. Stingl, the event proceeded with the keynote speech by Victoria Pitts-Taylor. Highlighting the enormous potential and challenges of the neurosciences, Prof. Pitts-Taylor stressed the need for a critical methodology in these fields, one that avoids pitfalls such as determinism and reductionism. In the following talk, Yvonne Foerster (Leuphana University Lüneburg) focused on utopian and dystopian representations of the neurosciences in contemporary fiction. The third speaker, Chiara Cappelletto (University of Milan), demonstrated that neuroscientific findings are often taken up by popular media without sufficient questioning of the research underlying the findings. Finally, Blandine Bril (École des Hautes Etudes Sciences Sociales) emphasized that the descriptive models of the neurosciences are still far away from explaining the relationship between brain processes and complex physical actions by human beings.

Following the individual talks, all four speakers gathered for a joint panel discussion chaired by Louise Braddock (ISRF). In a passionate debate propelled by incisive questions from the audience, the panelists reiterated the potential of the neurosciences while also highlighting various points of criticism, including: (a) The public perception of the neurosciences as purveyors of gospel truth is not borne out by the quality of actual research. (b) The neurosciences run danger of usurping other fields such as psychology, making it difficult to find funding for non-neuroscientific research. (c) The neurosciences are advancing too quickly for public debate and state policy to keep pace, creating an urgent need for critical public engagement with these fields.

“Critical Conversations on the Neurosciences” succeeded in bringing together a wide-ranging field of experts with a large and engaged audience, expanding PICT’s programming into previously untapped fields. We would like to thank everyone who aided and participated in this thought-provoking evening. 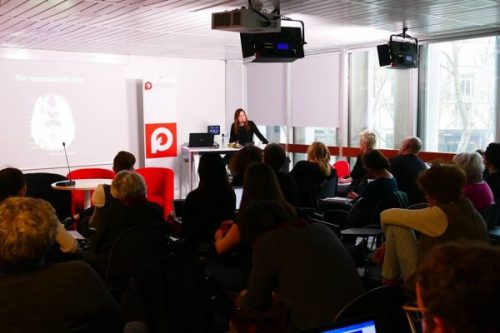