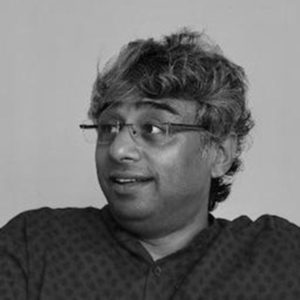 AMAL CHATTERJEE is an author and creative writing educator based in Amsterdam and Oxford. His writing encompasses novels, short stories, theatre plays, and non-fiction articles.

Born in Sri Lanka, brought up in India, and resident of various countries in Europe, Amal enjoys mixing influences and ideas in his writing. His novel, Across the Lakes, was shortlisted for the Crossword India Best Novel Award in 1998, while his short fiction has been published in numerous countries including the Netherlands, India, and the UK. Amal’s non-fiction work has appeared in publications such as Prospect, Huffington Post, The Independent, and Hindustan Times, and includes the book Representations of India, 1740-1840 (1998). Amal has also edited and contributed to Writers on Writing (2013), featuring writing from the US, the UK, India, Pakistan, Ireland, and Australia. In 2017 and 2018, two of Amal’s short plays, Dreams of England and Finding José, were staged by the Tamasha Theatre Company and Pokfulam Road Productions at London venues including the Arcola and Theatre503. A recipient of the Scottish Arts Council Writers Bursary and shortlisted for a Creative Scotland Award, Amal is an advisor for the Literary Festival of the Hague. He serves as Senior Course Tutor for the Master’s Program in Creative Writing, University of Oxford, and has run workshops and courses in creative and academic writing in Aarhus, Amsterdam, Coimbra, Glasgow, Paris, and Prague.

To find out more about Amal, check out his: