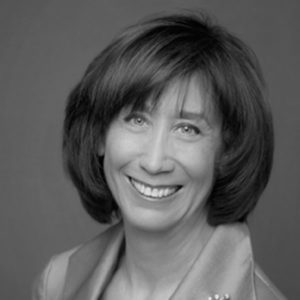 BARBARA LAMBESIS is the President of the Society of the Wallace Fountains (La Société des Fontaines Wallace). She lives part-time in Paris, where she pursues her interests in European history and heritage.

A retired American entrepreneur, Barbara has served as President of the National Association of Women Business Owners, Phoenix Chapter, and represented the United States as a delegate to the annual conference of Les Femmes Chefs d’Entreprises Mondiales in 1992. Her extensive engagement in professional associations and non-profit organizations also includes stints as President of the Public Relations Society of America, Phoenix Chapter, and member of the board of directors for the American Cancer Society, Phoenix Chapter, and Tumbleweed, an organization supporting the needs of runaway teenagers. Prior to starting her own business, Barbara held executive positions in communications and public affairs at major US institutions in the fields of health care, banking, and higher education. Barbara, who received her B.A. in Humanities from the University of Minnesota, is the author of the bilingual guidebook, Find the Wallace Fountains, Find Paris (2019), and a satirical novel about music and the Afghanistan war titled Brothers of a Band (2010).

To find out more about Barbara, check out her:

Society of the Wallace Fountains