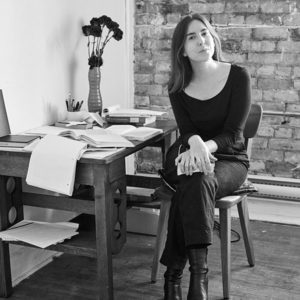 EMILY LAURENT-MONAGHAN is a writer, editor, and graduate student in philosophy based in Vancouver. Her research concerns Early Modern philosophy and twentieth-century thought, particularly in the French and German languages.

Having received her B.A. in Philosophy from the University of British Columbia, Emily is currently working towards an M.A. in Theory and Criticism at the University of Western Ontario, where she also serves as Teaching Assistant. She has co-organized and presented at numerous philosophical conferences in Canada and the Netherlands. Formerly a cultural history editor at New Star Books, Vancouver, Emily currently serves as Manuscript Editor for Helen Fielding at the University of Western Ontario. Emily has a passionate interest in literary outreach and has volunteered for two years at The People’s Co-op Bookstore in Vancouver, co-founded The Vancouver Women’s Library, and founded Lit Exchange+, an online platform for exchanging and sharing books outside the monetary system.

To find out more about Emily, check out her: