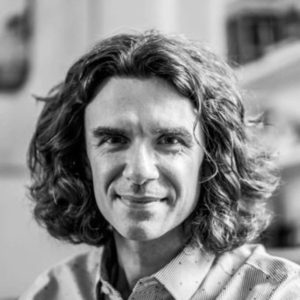 DAVID SELIM SAYERS is a founding and core faculty member of PICT. He is a scholar of Ottoman and Turkish Studies with a focus on history and literature.

David is a Lecturer at École Nationale des Ponts et Chaussées (ENPC) and HEC Paris. His previous posts include Lecturer at Sorbonne Nouvelle – Paris 3 (2019-20), University Professor (visiting) at the University of Vienna (2017-18), Research Fellow at Justus Liebig University Giessen (2016-17), and Lecturer at San Francisco State University (2013-16). He received his Ph.D. in Near Eastern Studies from Princeton University, his M.A. in Turkish Literature from Bilkent University, and his B.A. in Theology from the University of Cambridge. A native speaker of English, German, and Turkish, David has taught university courses in all three languages as well as French.

David’s publications include the books The Wiles of Women as a Literary Genre (Harrassowitz, 2019) and Tıfli Hikayeleri (Bilgi University Press, 2013) as well as the translated volumes The Struggle for Modern Turkey (Bloomsbury, 2019) and Muhacirname: Poetry’s Voice for the Karamanlidhes Refugees (Istos, 2016). His scholarly introductions to the work of Sabahattin Ali and Sabiha Sertel have been published by Penguin Classics and Bloomsbury, and his articles have appeared in academic and literary journals alike. David has also commented on Turkish current affairs in the media, including the ABC television show Good Morning America.

To find out more about David, check out his: