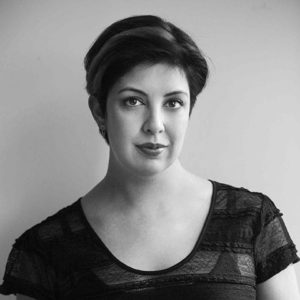 JESSICA PADILLA is an Emmy-Award-winning makeup artist and educator based in New York City. Jessica’s work has been featured in film, TV, theater, editorial, and commercial shoots, and she is a proud IATSE Local 798 union member.

Coming to makeup from a background as a performer, Jessica has a flair for creations that are theatrical and reference specific time periods. In addition, she specializes in the development and maintenance of beautiful skin and clean beauty. Jessica’s curiosity about makeup and in-depth understanding of the industry have led her to develop and teach the makeup-related seminars, “Basic Business for Makeup Artists,” and “What Vintage is This?,” a class series focusing on the makeup of specific time periods.

Jessica regularly takes part in the New York, Milan, and Paris Fashion Weeks, where she has worked with world-renowned artists such as Pat McGrath, Tom Pecheux, and Val Garland. In theater, Jessica has served on productions such as Paramour, Cirque de Soleil’s premier Broadway show. Highlights of Jessica’s film and TV work include the feature film Wonder Woman 1984 (Warner Bros.) and the TV shows Katy Keene (The CW), Unbreakable Kimmy Schmidt (Netflix), and The Good Fight (CBS). In 2021, Jessica and her make-up team received an Emmy Award for their work on the FX television series Pose.

To find out more about Jessica, check out her: