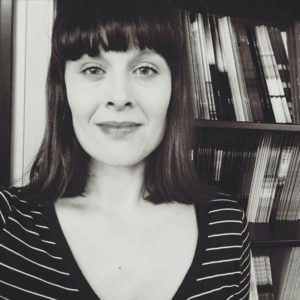 WILLOW VERKERK is a philosophy scholar and author based in Vancouver, Canada. Her teaching and research interests are in continental philosophy, critical theory, feminist philosophy, and psychoanalysis.

Willow’s first book, Nietzsche and Friendship, will be published with Bloomsbury in 2019. She is the author of numerous academic journal articles including “Transgendering Nietzsche: Male Mothers and Phallic Women in Derrida’s Spurs” (2017), “Nietzsche’s Agonistic Ethics of Friendship” (2016), and “Nietzsche on Love” (2014). Her published work on feminist philosophy includes the essay “Reification, Objectification, and Feminist Activism” in the edited volume The Spell of Capital: Reification and Spectacle (Amsterdam University Press, 2017). Willow is a frequent contributor to international workshops, master classes, and conferences in Europe, Canada, and the United Kingdom.