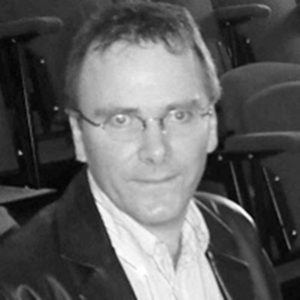 FELIX Ó MURCHADHA is a scholar of philosophy with a particular interest in phenomenology. His research focuses on questions of religion, time, violence, and the self.

Felix is a professor of philosophy at the National University of Ireland, Galway, where he has taught since 1999 and served in many administrative posts, including as Head of the School of Humanities from 2016 to 2019. A former Fulbright Scholar, Felix has also taught as Visiting Professor at Fordham University, USA (2010-11) and Assistant Lecturer at the Bergische Universitāt Wuppertal, Germany (1996-99), where he also received his Ph.D. in 1996.

In his numerous publications in the field of phenomenology, Felix engages with the works of philosophers such as Martin Heidegger, Edmund Husserl, Maurice Merleau-Ponty, Emmanuel Levinas, and Jean-Luc Marion. His books include The Time of Revolution: Kairos and Chronos in Heidegger (Bloomsbury, 2013) and A Phenomenology of Christian Life: Glory and Night (Indiana University Press, 2013). Among his most recent publications are the articles “Speaking After the Phenomenon: The Promise of Things and the Future of Phenomenology” (Journal of the British Society for Phenomenology, 2017), “The Passionate Self and the Religiosity of Phenomena” (Journal of Speculative Philosophy, 2019), and “Violent Times, the Horror of the Unspeakable and the Temporality of Religious Experience” (Continental Philosophy Review, 2020).

To find out more about Felix, check out his: