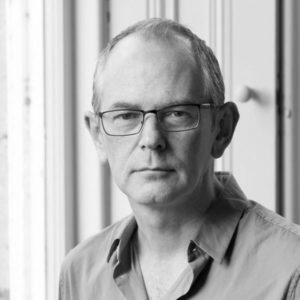 IAIN MACKENZIE is a political philosopher working in the modern critical tradition. His research focuses on the legacy of critique within poststructuralist thinkers, especially Foucault and Deleuze, and on the challenges confronting critical thought today.

Iain is a Reader in Politics at the University of Kent, where he also serves on the advisory board of the Centre for Critical Thought. Having completed his undergraduate and graduate studies at the University of Glasgow, Iain previously served as as Lecturer in Politics at Queen’s University, Belfast (1993-2002) and as Senior Lecturer in Modern European Philosophy at Middlesex University (2002-2003). Iain’s research concerns the idea of pure critique, understood as a form of critical practice that overcomes the indifference brought about by mere criticism. He is the author and editor of several books, including Resistance and the Politics of Truth (2018) and Comedy and Critical Thought: Laughter as Resistance (2018, with Fred Francis and Krista Bonello Rutter Giappone).

To find out more about Iain, check out his: