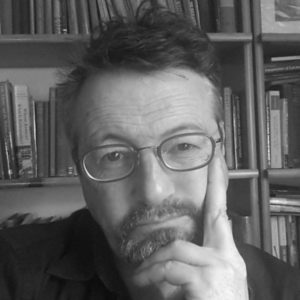 IAIN T. BENSON is a legal scholar and practicing lawyer based in Australia and France. His teaching and research explore various aspects of legal studies, particularly in relation to pluralism, diversity, and the language of “values”.

Called to the Bars of British Columbia and Ontario, Iain has practiced at all levels of Court in Canada, acting on many leading rights cases in Canada and abroad. He was one of the drafters of the South African Charter of Religious Rights and Freedoms (2010) and served as a Special Rapporteur on Law and Religion in Canada and South Africa to the Pontifical Academy of the Social Sciences, Vatican City (2012). In 2017, he delivered the Acton Lecture, “Civic Virtues and the Politics of ‘Full-drift Ahead’” (Sydney, Australia).

Iain’s publications, including numerous academic articles and book chapters, have been cited by authorities such as the Supreme Court of Canada and the Constitutional Court of South Africa. His books include Living Together with Disagreement: Pluralism, the Secular and the Fair Treatment of Beliefs by Law (2012) and Religion, Liberty and the Jurisdiction of Law (2018, with Barry W. Bussey). Apart from his legal work, Iain is also a published poet and records as a session musician.

To find out more about Iain, check out his: