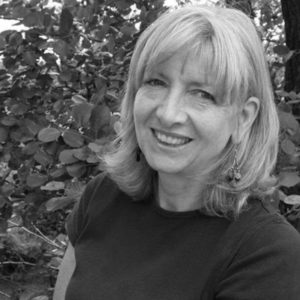 JANE DRAYCOTT is an award-winning poet, translator, and creative writing educator based in the UK. She has a particular interest in audio and collaborative work.

Jane has received Poetry Book Society Recommendations for four of her books: her collections Prince Rupert’s Drop (1999), The Night Tree (2004), and The Occupant (2016), as well as her translation of the 14th-century dream vision poem Pearl (2011), which also won the Stephen Spender Prize. In 2009, Jane’s poetry collection Over was shortlisted for the TS Eliot Prize. Jane’s most recent work, Storms Under the Skin: Selected Poems, 1927-1954 (2017), features translations of poems by Henri Michaux. Jane is a three-time nominee for the Forward Prize for Poetry and was nominated as one of the Poetry Book Society’s Next Generation Poets in 2004. Her poem “Italy to Lord” was a prize-winner at the 2012 National Poetry Competition, while in 2014, her poem “The Return” earned her the Hippocrates Prize for Poetry and Medicine.

Jane’s audio work with Elizabeth James has won several awards including the BBC Radio 3 Poem-for-Radio Award and a London Sound Art Award. In association with the British Film Institute, she was a contributor to the mediatheque project, Essentially British (2007), Simon Barraclough’s Psycho Poetica (2010), and Poets on Pasolini: A New Decameron (2013). Other collaborative work includes Christina the Astonishing (1998, with Peter Hay and Lesley Saunders) and Tideway (2002, with paintings by Peter Hay). A trained educator, Jane serves as Tutor for the Department of English and Creative Writing, University of Lancaster, and Senior Associate Tutor for the Master’s Program in Creative Writing, University of Oxford.

To find out more about Jane, check out her: