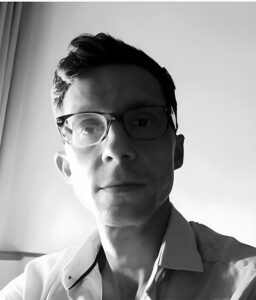 LUCA POSSATI is a philosopher whose research concerns the historical, ethical, and social implications of quantum technologies, with a particular focus on artificial intelligence (AI).

Luca conducts research at the Delft University of Technology (TU Delft) and the School of Freudian Psychoanalysis in Milan as well as lecturing at the Melbourne School of Continental Philosophy. He has previously served as Researcher and Lecturer at institutions including the University of Porto (2018-22), the Institut catholique de Paris (2013-15), and the Fonds Ricoeur-EHESS (2010-12). He received his Ph.D. in the History of Philosophy and History of Ideas, and his M.A. in Philosophy, both from the Sapienza University of Rome.

Luca’s publications include the books Software as Hermeneutics: A Philosophical and Historical Study (Palgrave, 2022) and The Algorithmic Unconscious: How Psychoanalysis Helps in Understanding AI (Routledge, 2021). He is the author of numerous papers on phenomenology, the philosophy of technology, and the history of contemporary philosophy, and has translated various works of the French philosopher Paul Ricœur into Italian. Luca publishes and teaches in English, French, Italian, and Portuguese.

To find out more about Luca, check out his: