You are here: Home / Journal / Macha Matalaev at the Royal Academy of Music 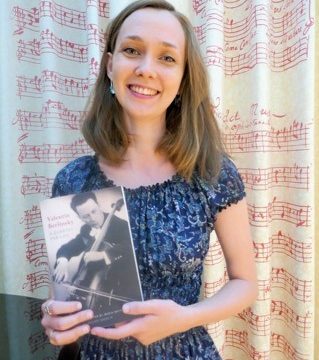 On July 17, 2019, PICT co-founder and core faculty member Macha Matalaev was hosted at the Royal Academy of Music in London for a conversation panel devoted to her award-winning book, Valentin Berlisnky – Le quatuor d’une vie (Aedam Musicae, 2015). The English translation of the book, Valentin Berlinsky—A Quartet for Life, was published in 2018 by Kahn & Averill.

During the conversation, Macha discussed the book with Leslie East OBE, former Chair of the Association of British Choral Directors, and Sidney Buckland, the editor of the book’s English translation. Valentin Berlisnky – Le quatuor d’une vie is a biographical account based on the diaries, correspondence, and interviews of renowned cellist Valentin Berlinsky (1925-2008), co-founder of the Borodin Quartet, one of the world’s most eminent string quartets. The source material was compiled, edited, and translated into French by Macha, who received the “Prix du Témoignage” at the 2016 Prix de Muses for the publication. The book provides a unique look into the workings of the Borodin Quartet as well as a revealing chronicle of musical life in and beyond the Soviet Union.

The evening was sponsored by Kahn & Averill and Spiro Ark.

Keep up to date with all our goings-on.
X