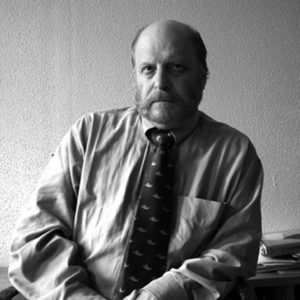 MICHAEL BARRY was born in New York City, raised in France and partly in Afghanistan, received his B.A. in Near Eastern Studies from Princeton University, his post-graduate diploma in Anthropology from Cambridge University, his M.A. from McGill University, and his Ph.D. from the École des Hautes Études en Sciences Sociales in Paris.

Michael served as a Lecturer in Islamic Culture at Princeton University from 2004 to 2017, and is University Professor at the American University of Afghanistan in Kabul since fall 2017. Over the past 35 years, his work in Afghanistan, sometimes in the most dangerous battlefield conditions, has ranged from anthropological research to defense of human rights and coordinating humanitarian assistance in the field for the Paris-based International Federation for Human Rights, Médecins du Monde, and the United Nations.

Also a recognized expert on Islamic art, Michael conceived, in collaboration with Dr. Navina Haidar, the reorganization of the New York Metropolitan Museum’s galleries of Islamic art prior to their reopening in fall 2011, and has served as consultant to the Aga Khan Trust for Culture on a variety of museum issues and lectures.

Michael has published extensively in both his writing languages, English and French; his academic works have been translated into Persian and half a dozen European languages; and he holds seven literary prizes from France and Iran. In addition to many scholarly articles or chapter contributions to international art exhibition catalogues or to collective academic studies of the great medieval Persian poets, Michael worked for several years with the French publisher Diane de Selliers: in 2012, de Selliers published Michael’s study on the illuminations of the Canticle of the Birds by the classical Persian poet Attar, based on the the great fifteenth-century manuscript housed at the Metropolitan Museum and other medieval codices, with the original Persian text edited by S. Kadkani and French and English versions by Dr. Leili Anvar and Dr. Richard Davis. This monumental edition includes 400 reproduced manuscript illuminations. In October 2017, as the 25th anniversary book of the publishing house, de Selliers published Michael’s project, Shakespeare in Venice, which presents Shakespeare’s plays The Merchant of Venice and Othello illustrated with Venetian paintings from the Renaissance.

To find out more about Michael, check out his: