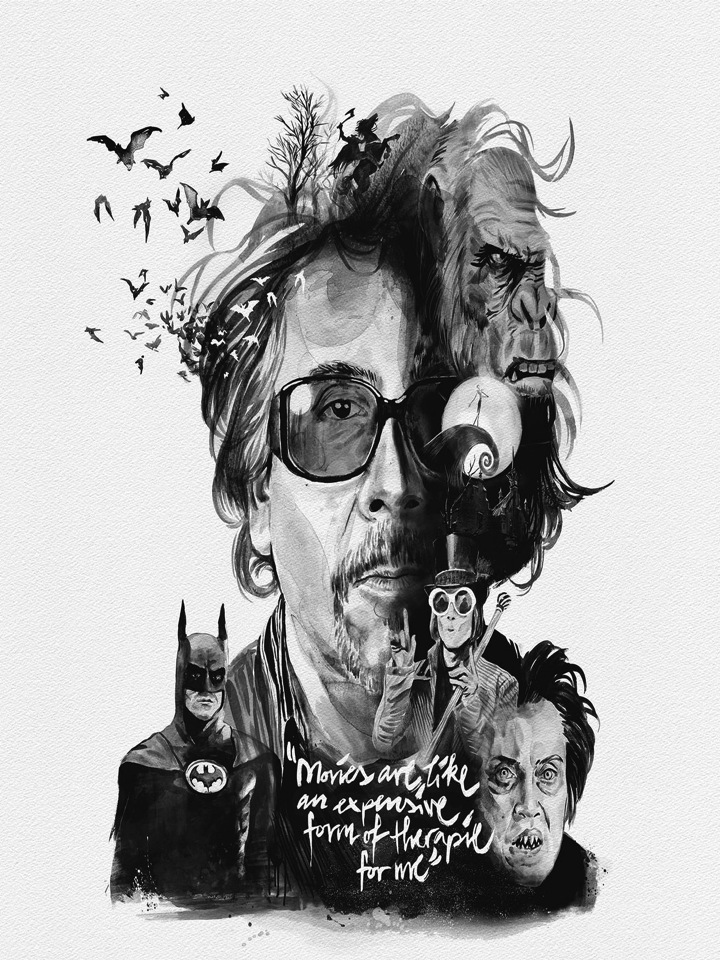 The monsters in Tim Burton’s films are not only some of the gentlest and deepest creatures in cinema history, but also some of the most conscientious. In fact, it can be argued that the uniqueness of Burton’s monsters such as Beetlejuice (Beetlejuice, 1988), Edward (Edward Scissorhands, 1990), and the Penguin (Batman Returns, 1992), lies in their journey towards acquiring a conscience. This journey takes place in a cinematic world shaped by Burton’s unique vision, and it is the mise-en-scène of this world—including all elements from staging and production design to light setup and sound—that ultimately determines the personality and psychology of its inhabitants. Through his mastery of mise-en-scène, Burton thus creates unique realms in which his monsters can play, learn, and grow.

In this course, we will view the films of Tim Burton through a critical lens, concentrating on his endowment of monsters with psychological profiles that set them apart from other on-screen creatures. To accomplish this task, we will first learn how to analyze a film scene, from the set-up of frames to the different elements that establish a mise-en-scène. Once these elementary skills are in place, we will peel away the layers of Burton’s mise-en-scène to determine the visual tools he uses in creating his psychological effects. Finally, our critical discussion of Burton’s films will lead us to broader questions concerning genre cinema and the aesthetics of film in general. All throughout, we will be led by a quest for the monstrous. What really makes a monster? What does it mean to be monstrous? And why is Tim Burton so concerned with showing us the monster in ourselves?