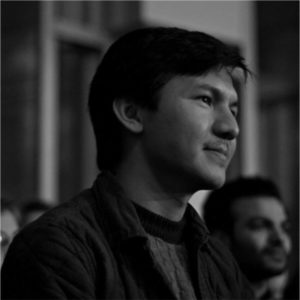 MORTAZA BEHBOUDI is an international journalist and photographer with a focus on mass migration and refugee issues. His work as a journalist has taken him to 35 countries around the world.

Born in 1994 in the village of Behsud, Afghanistan, a three-hour drive from Kabul, Mortaza became a refugee in 1996 when his parents fled to Isfahan, Iran, to escape the newly-established Taliban regime. He started working at a local brick factory when he was nine years old and joined a carpet factory when he was 12, working at night and going to school during the day. In 2012, Mortaza returned to Afghanistan, earning a Bachelor’s degree in Law and Political Science at Kabul University. At the same time, he became active in journalism, working for various journals and TV stations as well as founding the newspaper Daily Bazar in 2014. The same year, upon publishing an investigation into the opium trade, he once again became a target of the Taliban, unsuccessfully seeking refuge at the US, UK, and Italian embassies before finally being accepted by the French.

Mortaza arrived in Paris in spring 2015, spending two weeks on the streets before being taken in by the Maison des Journalistes. At the end of the same year, he was finally granted refugee status and went on to earn a Master’s degree in International Relations at the Université Paris 1 Panthéon-Sorbonne (2018). Even prior to obtaining asylum, he restarted his journalistic work, covering the 2015 United Nations Climate Change Conference (COP21) in Paris, where he interviewed world leaders such as Laurent Fabius and Justin Trudeau. Since then, Mortaza has worked as consulting editor and communication specialist at UNESCO (2018-19), as editor and journalist at ARTE (2019-present), and as an independent journalist. In 2018, he co-founded Guiti News, the first news agency jointly operated by French and refugee journalists. In 2019, Mortaza was named one of Forbes magazine’s “30 under 30” in the field of media in Asia.

Mortaza is most widely noted for his ongoing coverage of the Moria refugee camp on the island of Lesbos, Greece, which he first visited as an UNHCR volunteer in 2016. During the Covid-19 lockdown of 2020, he was the only journalist to be reporing in person from the camp, with his coverage relayed by news outlets around the world.

To find out more about Mortaza, check out his: