“Human beings must not be satisfied with the role of observer. They have a responsibility to the world, they have to act, they have to intervene.” These words, uttered by author José Saramago in 1987, form the motto of the International José Saramago Conference, which celebrated its 7th edition in 2022, the centenary of Saramago’s birth.

Co-organized by the Paris Institute for Critical Thinking (PICT), the conference took its inspiration from the book Saramago’s Philosophical Heritage (2018), edited by PICT faculty members Carlo Salzani and Kristof K.P. Vanhoutte, and devoted itself to exploring the political and philosophical relevance of Saramago’s work in today’s world.

Nothing if not politically engaged, Saramago’s œuvre touches on topics ranging from colonialism to capitalism, from democracy to authoritarianism, and from gender to ecology. Key novels such as Blindness (1995) and Seeing (2004) are an appeal to critically engage with our globalized society and the cultural, economic, and political structures of the West.

Translated into over 50 languages, Saramago’s work resonates around the world. Thus, it was no surprise that the conference, held over 5 days from 25 to 29 October 2022, brought together over 60 speakers, from the Americas to Europe and from Africa to the Middle East, at the University of Vigo in Spain, convened by Burghard Baltrusch, the university’s International José Saramago Chair.

Over 12 panels, 4 keynote speeches, and 2 round table discussions, participants teased out the ways in which Saramago’s œuvre helps us approach and better understand a range of contemporary issues from political ideologies to animal ethics. The conference was rounded out by a number of events including film screenings, art exhibitions, poetry readings, and artistic performances.

To find out more about José Saramago’s work, check out “We Preferred to See Less,” an introductory essay composed by Burghard Baltrusch for the PICT blog, The Faculty Lounge, and the podcast, “From Blindness to Seeing with José Saramago” (PICT Voices # 22), in which Baltrusch is interviewed by Kristof K.P. Vanhoutte.

You will be able to watch the keynote speeches delivered by PICT faculty members Carlo Salzani and Kristof K.P. Vanhoutte at the 7th International José Saramago Conference, on anthropomorhism and utopia/heterotopia in Saramago’s work respectively, on the PICT website soon.

We would like to thank Burghard Baltrusch and his team at the University of Vigo for their exemplary organization, flawless hospitality, and, above all, for bringing together such an inspiring range of thinkers, artists, and activists, with whom we look forward to collaborating in the future, in the spirit of solidarity and responsibility championed by Saramago. 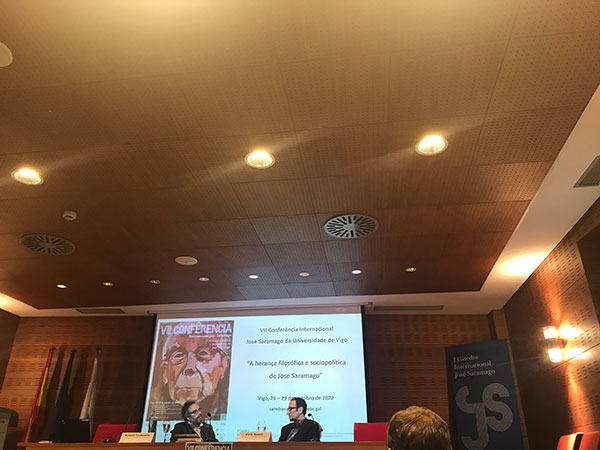 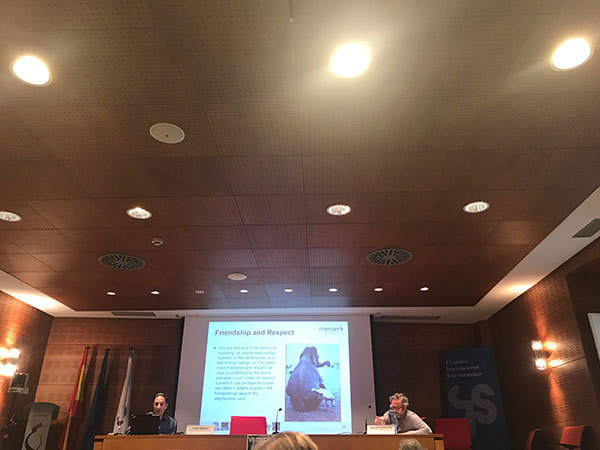 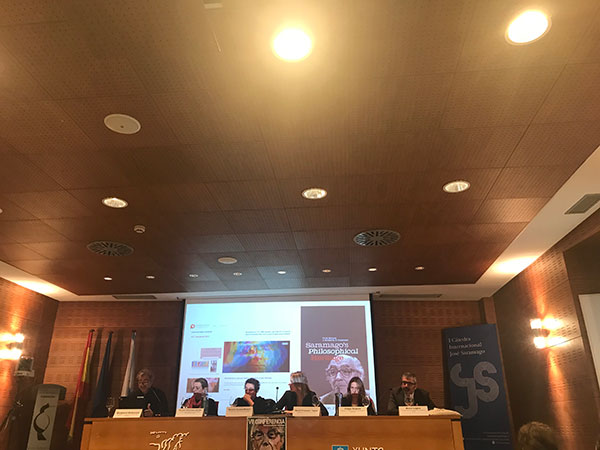