The talk offered a comparative analysis of two landmark spy movies: The classic James Bond film From Russia With Love (1963) and the controversial Turkish thriller Valley of the Wolves: Iraq (2006). At first glance, the films seem quite different: while the former offers a lighthearted exploration of the Cold War world order, showcasing Turkey as an exotic but dependable ally of the West, the latter inhabits a gritty post-Cold War world where the Middle East is up for grabs and Western supremacy is no longer taken for granted.

However, the talk argued that both films rely on the same narrative method to construct their worlds: the protagonist encounters a variety of characters who “stand in” for their respective national, ethnic, or religious groups. These characters display their value through their interactions with the protagonist, so that by the end of each film, a ranking has been established among all of them, and therefore, among the groups to which they belong. While both films seem thoroughly international, then, it appears that their global vision can only exist in a ruthless framework of national, ethnic, and religious hierarchy.

PICT would like to thank the Red Wheelbarrow Bookstore for providing such a warm and welcoming venue for the talk, and all participants who enriched the lecture and following discussion with their contributions. 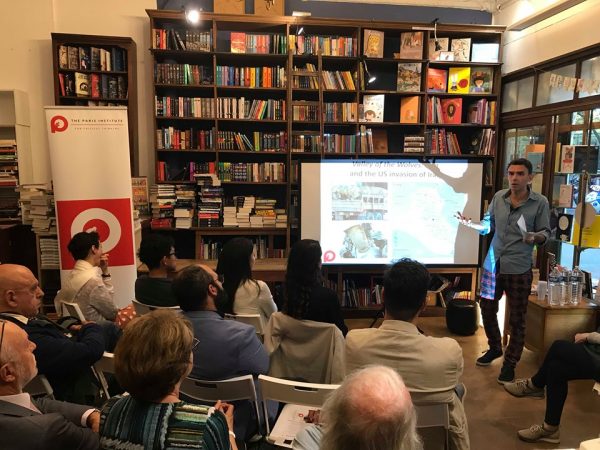 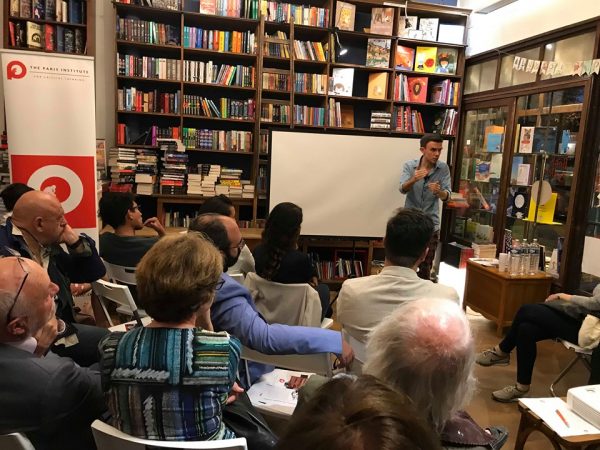