The PICT Faculty Lectures cordially invite you to the 5th event of the series: “Spydentity Politics: How International Spy Movies Create Global Ethnic Hierarchies,” a talk by PICT core faculty member David Selim Sayers. The talk will take place on Wednesday, September 18, and is hosted by The Red Wheelbarrow Bookstore.

One often hears that the worldview of action films is black-and-white. In fact, nothing could be further from the truth. Spy movies in particular frequently feature elaborate ethnic hierarchies in which each racially coded character is assigned a specific status. In this talk, cultural historian David Selim Sayers will stage a comparative analysis of the classic James Bond movie From Russia With Love (1963) and the provocative Turkish spy thriller Valley Of The Wolves: Iraq (2006) to show what happens when a Western template of ethnic hierarchy is hijacked and subverted by non-Western filmmakers. 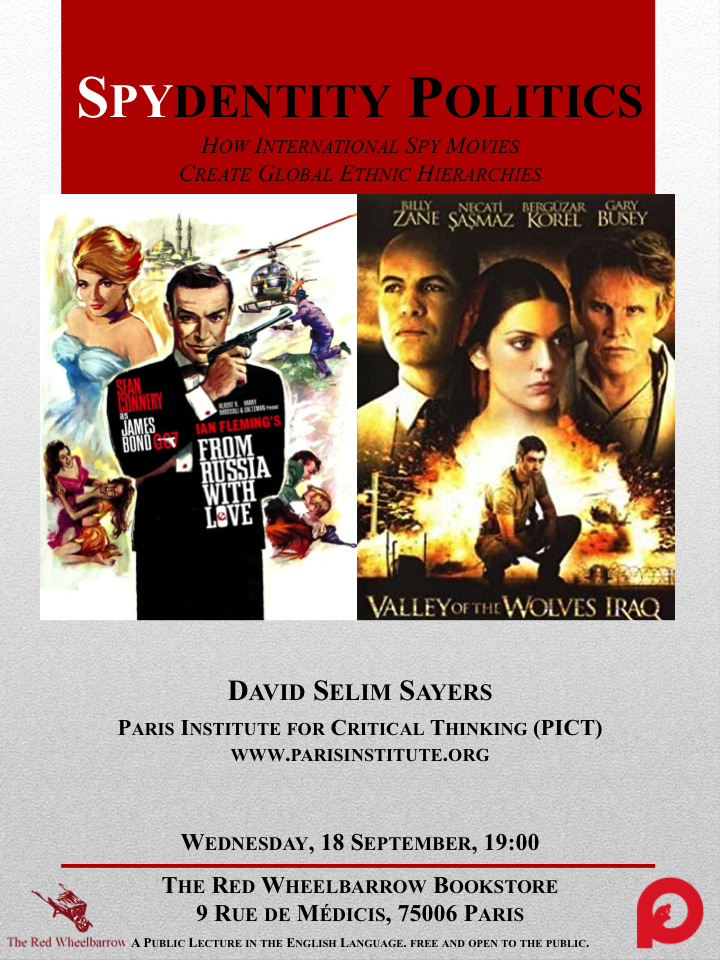