The PICT Faculty Lectures cordially invite you to the 6th event of the series: “Subversive Selves: Women Artists’ Nude Self-Portraits Once Century Ago,” a talk by PICT visiting faculty member Lauren Jimerson. The talk will take place on Tuesday, February 4, and is hosted by The Red Wheelbarrow Bookstore.

Self-portraiture has been a crucial genre for female artists since the Renaissance, permitting them to display their status as artists, virtuosity, and technical prowess. But while self-portraiture was an accepted form of expression for women, other artistic modes were not. To depict oneself nude was particularly audacious, so much so that few artists—male or female—ventured into this territory before the later twentieth century.

Nonetheless, three early, pioneering female artists tackled the nude self-portrait without inhibition: Suzanne Valadon (1865-1938), Émilie Charmy (1878-1974), and Marie Vassilieff (1884-1957). This talk will take a closer look at their overlooked and understudied oeuvres, demonstrating that the three artists not only turned to their own bodies with an unflinching eye, but also exhibit important parallels to the feminist art movement, producing works that bear resonance to the present day. 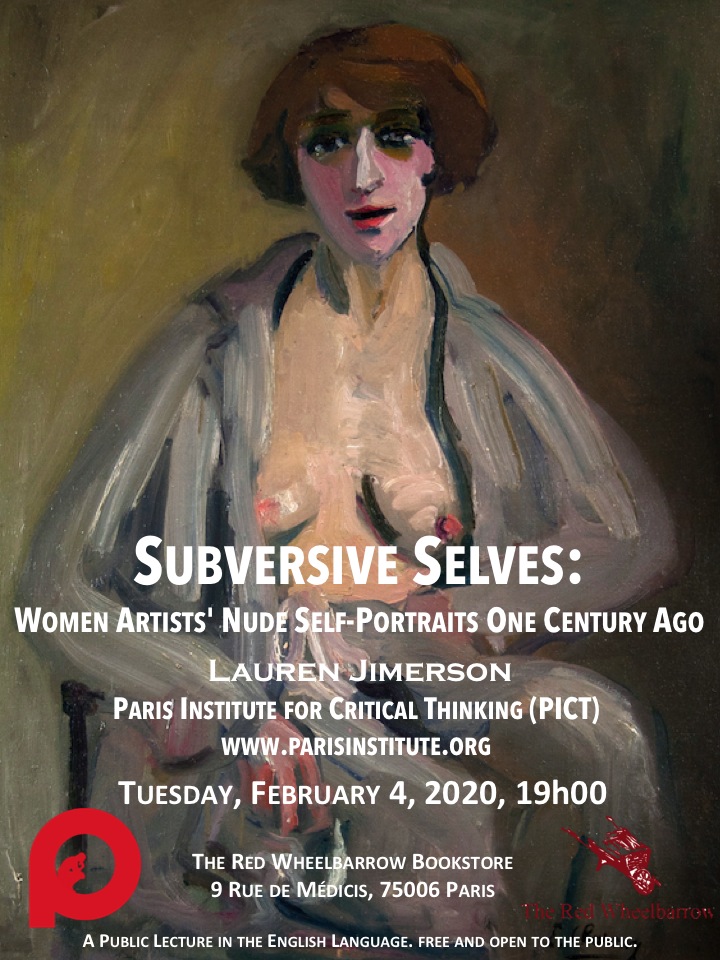