The fifth PICT Honorary Lecture, and the first post-pandemic PICT public event, took place on Tuesday, 19 April, at the Goethe Institut Paris. Delivered by Felix Ó Murchadha (NUI Galway), President of the Irish Philosophical Society, the talk was entitled “The Shadow of Kant: Reconsidering the Modern Self.”

What does it mean to be an individual self? This question forms a central preoccupation of modern philosophy from Montaigne to Kant. As Ó Murchadha outlined, the question became relevant at a time when, on the one hand, nature appeared increasingly open to human attempts to understand and manipulate it while, on the other hand, the idea of divine omnipotence postulated a God who was even able to annul the laws of mathematics if he so willed.

The tension between these two developments led to what Ó Murchadha described as a “doubling of truth,” a split into secular and sacred, or natural and supernatural. The divine was evacuated into the transcendent realm while nature was re-conceptualized as a passive, mechanical system to be mastered by an ascetic self. A providential reading of history, as offered by Kant, held out the hope of reconciliation between human reason and divine grace in an enlightened future.

Today, Ó Murchadha maintained, we still proceed from the assumption of a self-assertive self. However, current issues such as climate change have demonstrated that nature, far from being a passive object of manipulation by the self, interacts with human concerns in a complex way. A rethinking of the self is needed, Ó Murchadha argued in closing, to reposition the self not as an agent upon nature, but only one component in nature’s complex network of agency.

Following the successful relaunch of PICT’s public lecture program after a pandemic-related suspension of two years, we would like to offer our heartfelt gratitude to Felix Ó Murchadha, Nadia Wolf and Nicolas Ehler of the Goethe Institut Paris, and everyone who joined and supported us on this memorable evening.

Note: Felix Ó Murchadha also goes into the topics of this lecture in episode 11 of the PICT podcast, Bookaholics, “The Formation of the Modern Self,” hosted by Kristof K.P. Vanhoutte. A video of the lecture will soon be available on our PICT Honorary Lectures page. 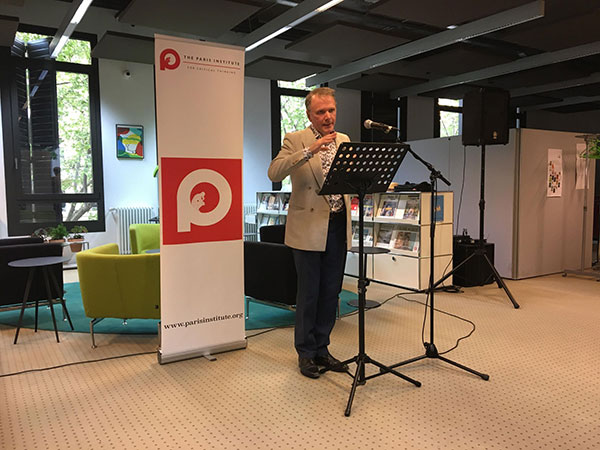 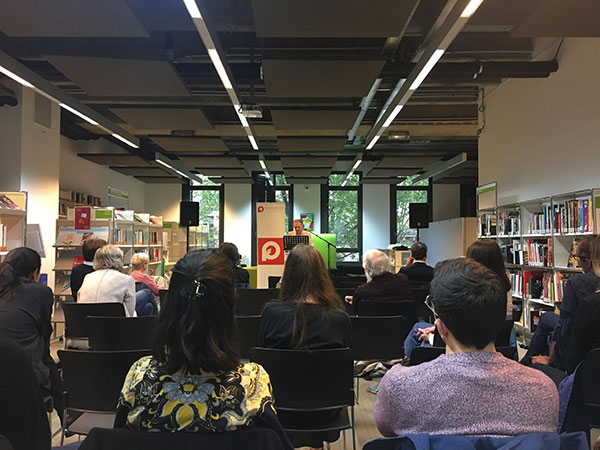