We are pleased to announce the fifth event in the PICT Honorary Lectures Series: “The Shadow of Kant: Reconsidering the Modern Self,” a talk by Felix Ó Murchadha (NUI Galway), President of the Irish Philosophical Society. The event will take place on Tuesday, 19 April 2022, at the Goethe Institut Paris.

Responding to a crisis of world in Medieval thought, modern philosophy shifts its focus to the self, with the question of grace, the power of the passions, and the limits of reason taking center stage in the work of René Descartes (1596-1650), Baruch Spinoza (1632-1677), and David Hume (1711-1776). Taken together, these philosophers offer an account of the self that is both descriptive and prescriptive: the self must be best suited to philosophical reflection while also best expressing the desire for salvation. This conception of the self emerges most clearly in Immanuel Kant (1724-1804), whose work unites the strands of Modern thought. But how does the Modern self relate to our current crises? And might it be time to re-pose the question of the self by stepping out of the shadow of Kant? 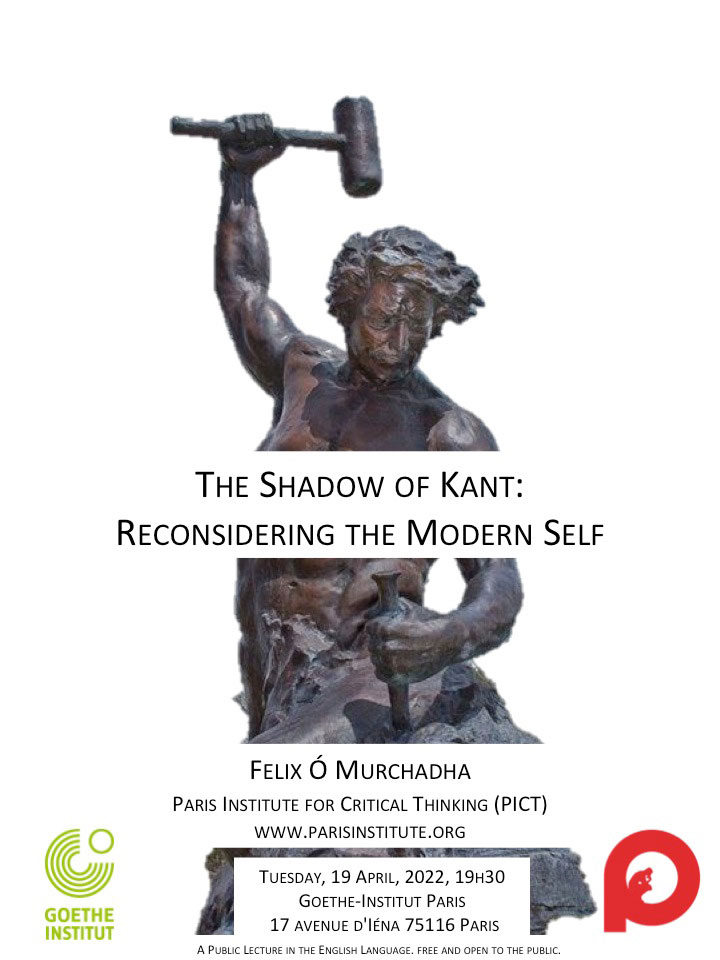