The PICT panel, “Hope, Fear & Tech: Perspectives on Technology from the Humanities,” took place on Tuesday, 6 December 2022, at the École des Ponts ParisTech. The panel explored technology-related topics ranging from virtual reality to artificial intelligence from the perspective of humanities fields such as philosophy and the arts. Free and open to the public, the panel brought together a colorful audience of PICT and Ponts affiliates, including faculty members and students at both institutions.

The panel began with some introductory remarks by Jörg Eschenauer, President of the Department of Languages and Cultures at the École des Ponts. Engineering students at schools such as Ponts, Eschenauer argued, could only benefit from exposing themselves to perspectives from the humanities, since these would enhance their ability to grasp the broader context and ramifications of their work as engineers. Rather than being viewed as two separate fields, engineering and the humanities ought to be thought together as complementary aspects in the formation of a well-rounded, responsible citizen.

The first speaker, PICT faculty member Viktoras Bachmetjevas, spoke on the topic of “More Hope than Fear: The Virtual after Bergson.” While there are legitimate reasons to be concerned about virtual reality and its social effects, Viktoras argued, it would be wrong to think about virtual reality as fake and opposed to an actual reality understood as real. Following philosophers from Henri Bergson to Gilles Deleuze, Viktoras invited the audience to consider the virtual as the potential, the realm of possibility out of which the actual emerges, and therefore as a necessary precondition of the actual.

The panel continued with “Prediction, Probability, Agency,” a pre-recorded talk by PICT faculty member Natasha Lushetich, who stressed issues of overdetermination and indeterminacy resulting from the deployment of artificial intelligence. On the one hand, Natasha maintained, operations such as “automatic” health insurance claim rejections rely on questionable data to turn possibilities into probabilities and probabilities into mathematical-logical necessities. On the other hand, unsupervised machine learning inevitably creates new forms and scales of indeterminacy beyond the human ken. Natasha concluded her talk with a call to reassess human agency, dethroning and embedding it within a more complex network of human and non-human actors.

The final speaker of the evening, PICT faculty member Nada Serhan, turned to the topic of “Humans, AI, and Hybrids in Science Fiction Films.” Drawing on films ranging from Stanley Kubrick’s 2001: A Space Odyssey (1968) to Alex Garland’s Ex Machina (2014), Nada presented a variety of artistic approaches to the issue of human-AI interaction, such as AI acquiring human consciousness, humans adopting AI characteristics, and the imagination of human-AI hybrids. Throughout the films, Nada pinpointed the question of emotional intelligence as a key factor in determining the “humanity” of AI characters.

The evening was moderated by PICT faculty member David Selim Sayers, who concluded the panel by arguing that both Natasha’s and Nada’s talks strengthened Viktoras’ initial call to approach the virtual not as fake, but as underlying and exceeding the real. Whether through contemporary applications as highlighted by Natasha or through fictional imaginations as presented by Nada, the category of the virtual points us to the necessity of thinking beyond our comfort zone in imagining the future of technology and humanity alike.

Technical difficulties prevented the panel’s fourth speaker, PICT faculty member Luca Possati, from his planned online participation and also made it impossible for Natasha Lushetich to take questions online. Nonetheless, the evening concluded with a lively Q&A and discussion round in which the audience drew out the panelists in attendance on a variety of topics.

We would like to thank Jörg Eschenauer and everyone at École des Ponts ParisTech who helped make this first PICT-Ponts collaboration so memorable. A very special thank you goes out to all friends, members, and faculty of PICT who lent us their presence and support, and to all students, faculty, and staff at Ponts who enriched the evening with their presence and participation. We already look forward to the next PICT-Ponts event!

NOTE: A video recording of the panel will be made available via the PICT website soon! 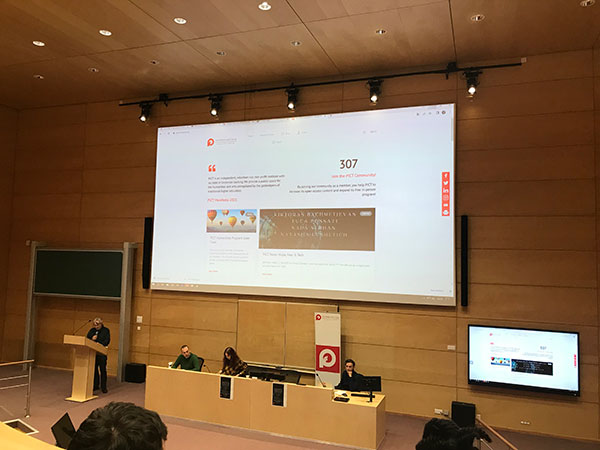 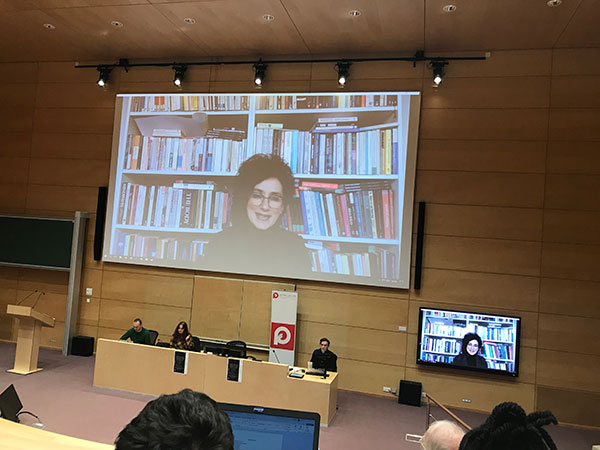 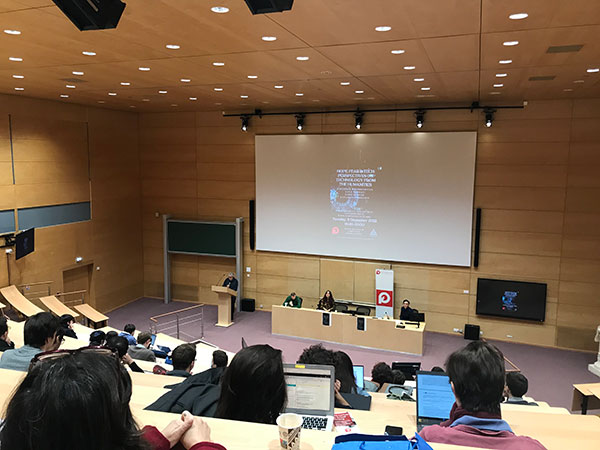