The PICT Visiting Lectures series will return on Thursday, June 20, 2019, with its second installment: “Enlightening the City of Light,” a talk by Ara Kebapcioglu, owner and curator of Lumière de l’oeil, the Parisian museum, library, and workshop devoted to the history of lighting. The lecture will be introduced by UNESCO Programme Specialist Dr. Ahmed Fahmi and is co-sponsored by the Association of Former UNESCO Staff Members (AFUS).

The Age of Enlightenment is often associated with 18th-century thinkers such as Voltaire and Diderot. However, one might argue that enlightenment truly reached the masses when chemistry explained the combustion process, leading to decisive improvements in oil lamp production in the late 18th century. This was followed by the new technology of gas lighting, radically transforming 19th-century Western societies and enabling a whole new nocturnal life ranging from nighttime factory work to solitary reading in bed. In this talk, chemist, curator, and conservator Ara Kebapcioglu will take us through the evolution of lighting techniques in Paris, the metropolis that came to be known as the “City of Light.”

The talk is free and open to the public. Please RSVP via the form below. 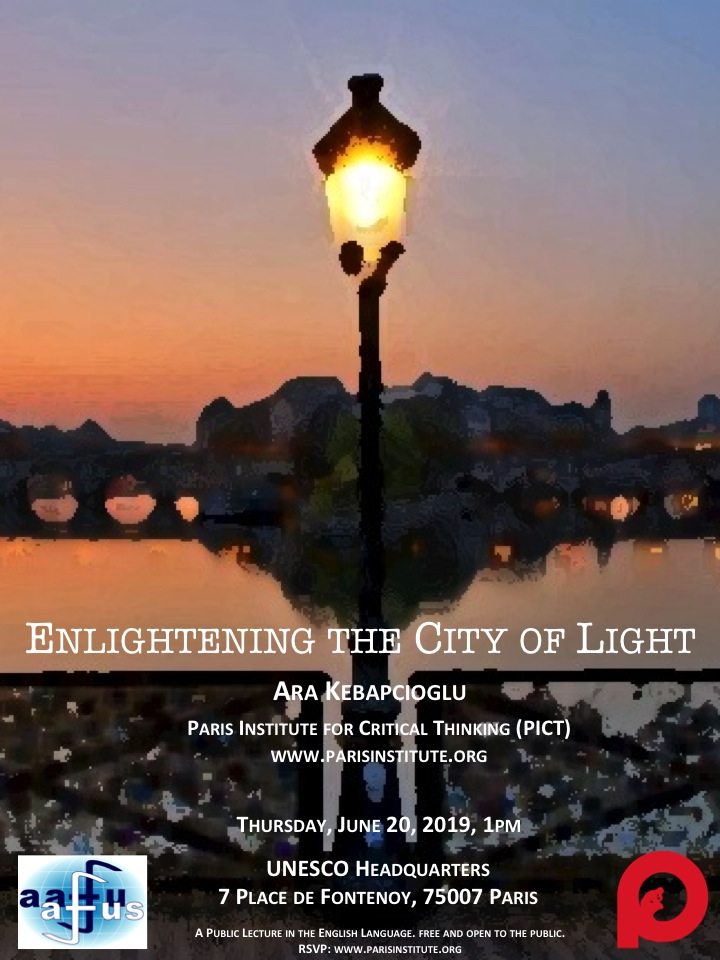