The third event in the PICT Visiting Lectures Series took place on Saturday, November 30, 2019. Entitled “150 Years of Thirst: The Wallace Fountains of Paris,”  the talk was delivered by Barbara Lambesis, founder and president of the Society of the Wallace Fountains. The event was hosted at the Maison de la Vie Associative et Citoyenne de Marais, where PICT is domiciled as a non-profit association.

The Wallace Fountains, a much-loved and ubiquitous feature of Parisian life, are nonetheless often overlooked in a city where historical landmarks are seemingly innumerable. In her talk, Barbara Lambesis reached out to the nineteenth century to introduce the figure of Sir Richard Wallace, who grew up in Paris as the illegitimate son of a British noble family. Upon witnessing the social and economic devastation of the Franco-Prussian War (1870-71), Wallace decided to put his wealth in the service of the city. Clean drinking water being in critically short supply, Wallace cooperated with the municipal authorities in designing, funding, and installing the Wallace Fountains that have now been providing refreshment to Parisians on the move for nearly 150 years.

As Lambesis’ talk revealed, Wallace’s contribution went well beyond addressing a practical need. The artistic design of his fountains was so remarkable that they endure to this day as distinctive features of Parisian city life. And the example he set with his contribution to public life became an early milestone in the history of philanthropy, encouraging other wealthy citizens to emulate him ever since. All the more remarkable, as Lambesis pointed out, that only two of the over 100 Wallace Fountains throughout Paris enjoy protection as historical monuments today. Fittingly, Lambesis’ talk concluded with a call to action, urging Parisians of all backgrounds to participate in the preservation and appreciation of this beloved part of urban heritage. 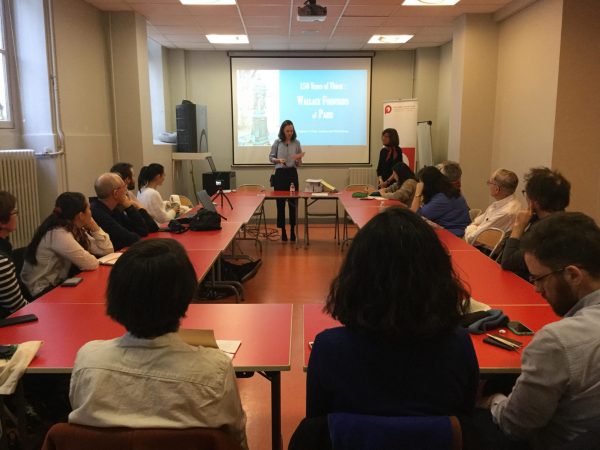 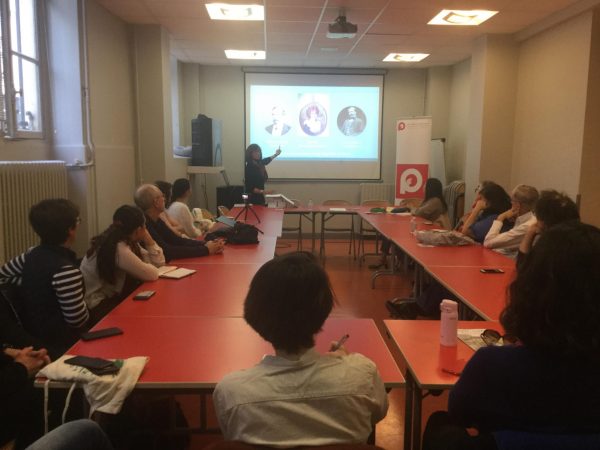 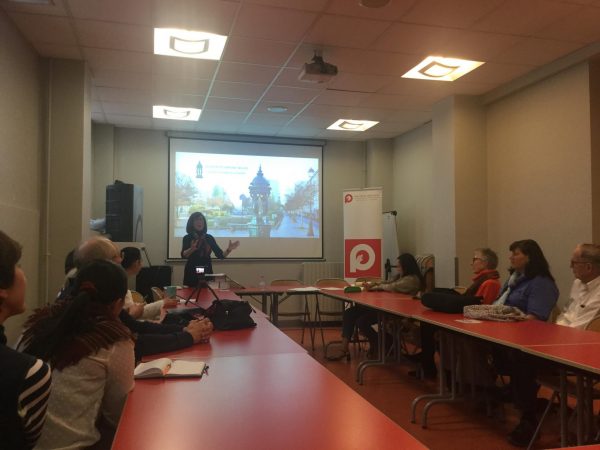