The PICT Visiting Lectures series continues on Saturday, November 30, with its third event: “150 Years of Thirst: The Wallace Fountains of Paris,” a talk by Barbara Lambesis (President, Society of the Wallace Fountains). The event will be hosted at the Maison de la Vie Associative et Citoyenne du Marais.

The first Wallace Fountains appeared on the streets of Paris almost 150 years ago. Today, more than 100 of the iconic drinking fountains are scattered throughout the city from grand boulevards to tiny back streets, from notable public venues to small neighborhood squares. But even as the Wallace Fountains continue to quench the thirst of Parisians and visitors alike, few know of their remarkable history. Who was Sir Richard Wallace, the unlikely English philanthropist who donated the fountains? How did the fountains’ design reflect concerns of art history, philosophy, urban planning, and industrial development? And how were the Wallace Fountains related to issues such as economic disparity, social upheaval, and war? In this lecture, Barbara Lambesis will introduce these beloved Parisian structures in a new light, underlining their need for protection as one of Paris’ most important treasures. 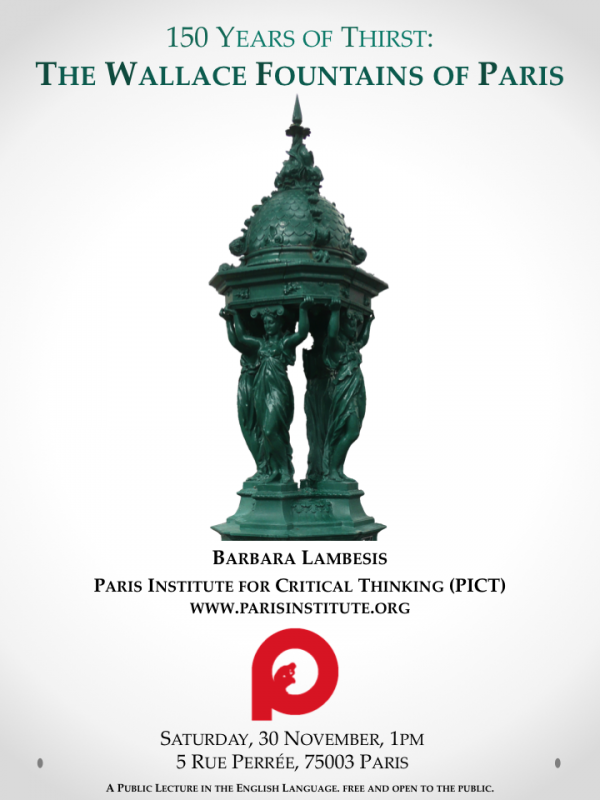