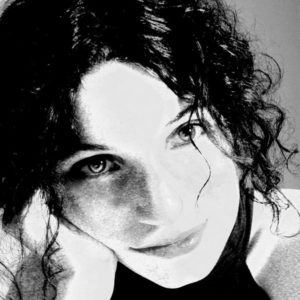 SALAMIS AYSEGUL SENTUG is a writer, poet, and educator from Cyprus. Her research focuses on the contemporary novel, the colonial history of Cyprus, performance philosophy, philosophy of art, and philosophy of literature.

To find out more about Salamis, check out her: