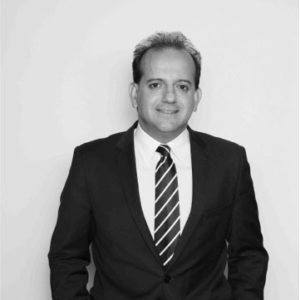 MARC BUKER is a founding staff member of PICT. As Development Associate, he oversees PICT’s relations with content, venue, and corporate partners.

Marc received his Masters degree in International Business Law from the Sorbonne in Paris. He has worked as a journalist in Paris and Strasbourg, focusing on European policies, and led the launch of the first Turkish private radio channel, Genç Radyo, in early 1992. Following this, he served as a board member of Avrupa Holding, a Turkish media group operating magazines, radio stations, and TV channels. Since 2002, Marc has held market management positions at SCOR, a global top-tier reinsurance company; and has invested in tech solutions companies in the Middle East and Eastern Europe.

Marc is a co-founder and co-president of ADAP (Association of Artists for Peace), an organization that enables artists from different origins to meet and perform together, most notably at events supported by the United Nations. He is also the founder and president of the “Union des Anciens Elèves des Ecoles Françaises de Turquie” (Alumni Union of Turkey’s French Schools). Marc is a board member of the “Comité France-Turquie” and a regular columnist on Middle Eastern geostrategy.