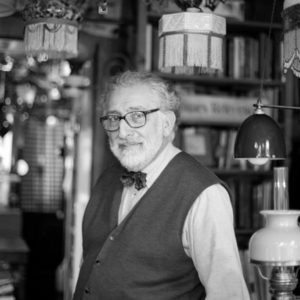 ARA KEBAPCIOGLU is a chemist, curator, and conservator based in Paris. His research and conservation work focus on lighting techniques and fixtures from the late 18th to the early 20th century.

Ara is the owner and curator of Lumière de l’oeil, a Parisian museum, library, and workshop founded in 1981 and devoted to the history of lighting. Items from the Lumière de l’oeil collection have been exhibited at the Van Gogh Museum in Amsterdam, the Musée d’Art et d’Histoire in Geneva, and the Forney Library in Paris. Ara has lectured on the history of lighting at venues including the Petit Palais. As a period lighting consultant, he has worked on films such as Moulin Rouge!, Interview with the Vampire, and Adèle Blanc-Sec. Finally, Ara is a passionate conservator whose assignments have included restoring forty-five lamps for the House of Jules Verne in Amiens. “To breathe life into a very damaged object is a real pleasure,” he says about his restoration work. “It’s like being a veterinarian who resuscitates a dying animal.”