On Saturday, 21 May 2022, PICT will organize its second Book Talk and Signing event. Our speaker will be US novelist Kerri Maher, who will introduce her most recent work of historical fiction, The Paris Bookseller (Berkley, 2022), and also sign copies of the book. The event will be hosted by the Maison de la Vie Associative et Citoyenne du Marais and begin at 14:00.

In 1919, when a young American woman by the name of Sylvia Beach opened a small bookstore in Paris, she could not have anticipated that the store, Shakespeare and Company, would one day take its place among the most legendary bookstores in history. But the legend was well-deserved: Beach cultivated an exceptional literary circle at her store, befriending and working with writers from James Joyce to Ernest Hemingway. And she took considerable risks, such as publishing Joyce’s banned novel, Ulysses, from Shakespeare and Company itself.

Maher’s novel, offering a fictionalized account of Sylvia Beach’s life, has garnered stellar reviews. The New York Journal of Books has called The Paris Bookseller “a worthy homage to Sylvia Beach and a love letter to all bookstores, libraries, and the passionate and committed women who run them,” Kirkus has described it as “a fine tribute to a tireless and selfless champion of literary genius,” and Manhattan Book Review has summed up the novel as “a beautiful window into the life of a fascinating woman who defied convention in almost every area of her life.” 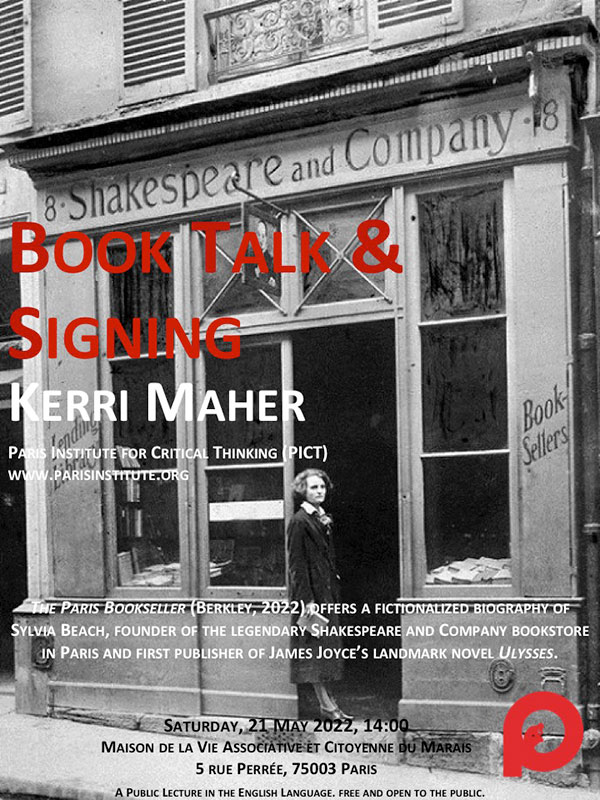