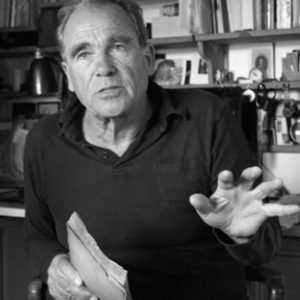 JONATHAN RÉE is a British philosopher, historian, and author. His numerous books, press articles, and TV appearances have established him as one of the most well-regarded public intellectuals in the UK.

After studying history at Sussex University and the University of Oxford, Jonathan served as Professor of Philosophy at Middlesex University, London, from 1977 to 2002, when he gave up full-time teaching in order to “have more time to think.” He still teaches courses on philosophy through the Open University. In 1972, Jonathan co-founded the bi-monthly journal Radical Philosophy, to which he still contributes regularly. In 1992, he hosted the Channel 4 TV series Talking Liberties, for which he held conversations with a number of eminent 20th-century thinkers including Hélène Cixous, Jacques Derrida, Julia Kristeva, and Paul Ricœur.

A prolific writer, Jonathan has published in the Evening Standard, the Independent, the London Review of Books, the Times Literary Supplement, and many other journals and newspapers. His books include Proletarian Philosophers (1984), Philosophical Tales (1987), Heidegger (1997), and I See a Voice: Deafness, Language and the Senses (2000). In 2019, Jonathan published his most recent book, Witcraft: The Invention of Philosophy in English. Tracing how the practice of philosophy became established in the English language, the book has been described by Joseph Epstein (Wall Street Journal) as “an excellent guide along the twisted and tricky path of human thought.”

To find out more about Jonathan, check out his: